National Hispanic Heritage Month is a period from 15 September to 15 October in the United States for recognizing the contributions and influence of Hispanic Americans to the history, culture, and achievements of the United States. Wikipedia

Latino Americans is a landmark six-hour documentary series that aired on PBS in 2013. 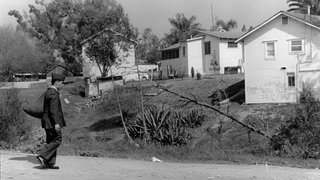 On Two Fronts: Latinos & Vietnam examines the Latino experience during a war that placed its heaviest burden on working class youth.  Framing the documentary are memoirs of two siblings, Everett and Delia Alvarez, who stood on opposite sides of the Vietnam War, one as a POW and the other protesting at home. Other stories deepen the narrative: In Greenlee County, Arizona, miners’ children fought and died for their country in devastating proportions. Sisters and mothers took notice and action. A farmworker’s son translated his military experience into a career before resigning in protest from his post on a local draft board.