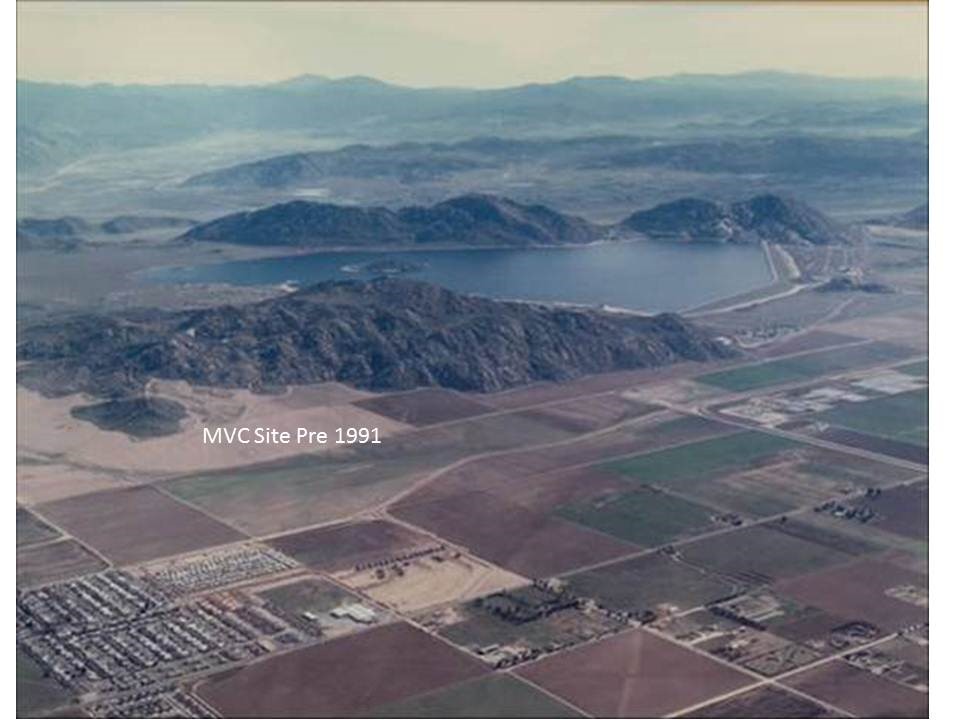 History of the College

On March 1, 2010 the California Community Colleges Board of Governors officially recognized Moreno Valley College as the 111th Community College in the state of California. While Moreno Valley College is one of the newest community colleges in California, its planning began 27 years ago. On March 16, 1987, 112 acres of privately owned land in Moreno Valley were donated to the College by the Robert P. Warmington Company; in 1989, 20 more acres were added to the site. The initial construction phase (Phase I) provided the buildings which marked the opening of the campus in 1991: the Library, the Student Services Building, the Science and Technology Building, and the Tiger’s Den. The Humanities Building (Phase II) opened in 1996. Construction for the multi-use Student Academic Services Building (Phase III) is nearly complete after five years of planning, and a Network Operations Center is planned for construction in 2014.

During the 23 years it has offered classes, Moreno Valley College has come to be a campus of approximately 8,500 students (Fall 2013 headcount) and to be described in terms of its distinct occupational programmatic emphases—health and public services. In accordance with the Riverside Community College District mission and master plan, Moreno Valley College has developed many site and curricular partnerships with the greater Moreno Valley community. Representative of our efforts are agreements with the Riverside County Regional Medical Center, the March Joint Powers Authority, the Ben Clark Public Safety Training Center partners, and other educational and professional-training entities. The College’s nationally accredited programs—Physician Assistant, Dental Hygiene/Assistant, and Paramedic—are exemplary. 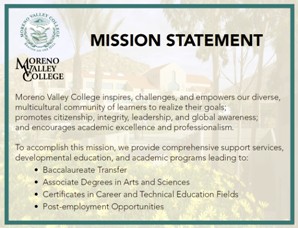